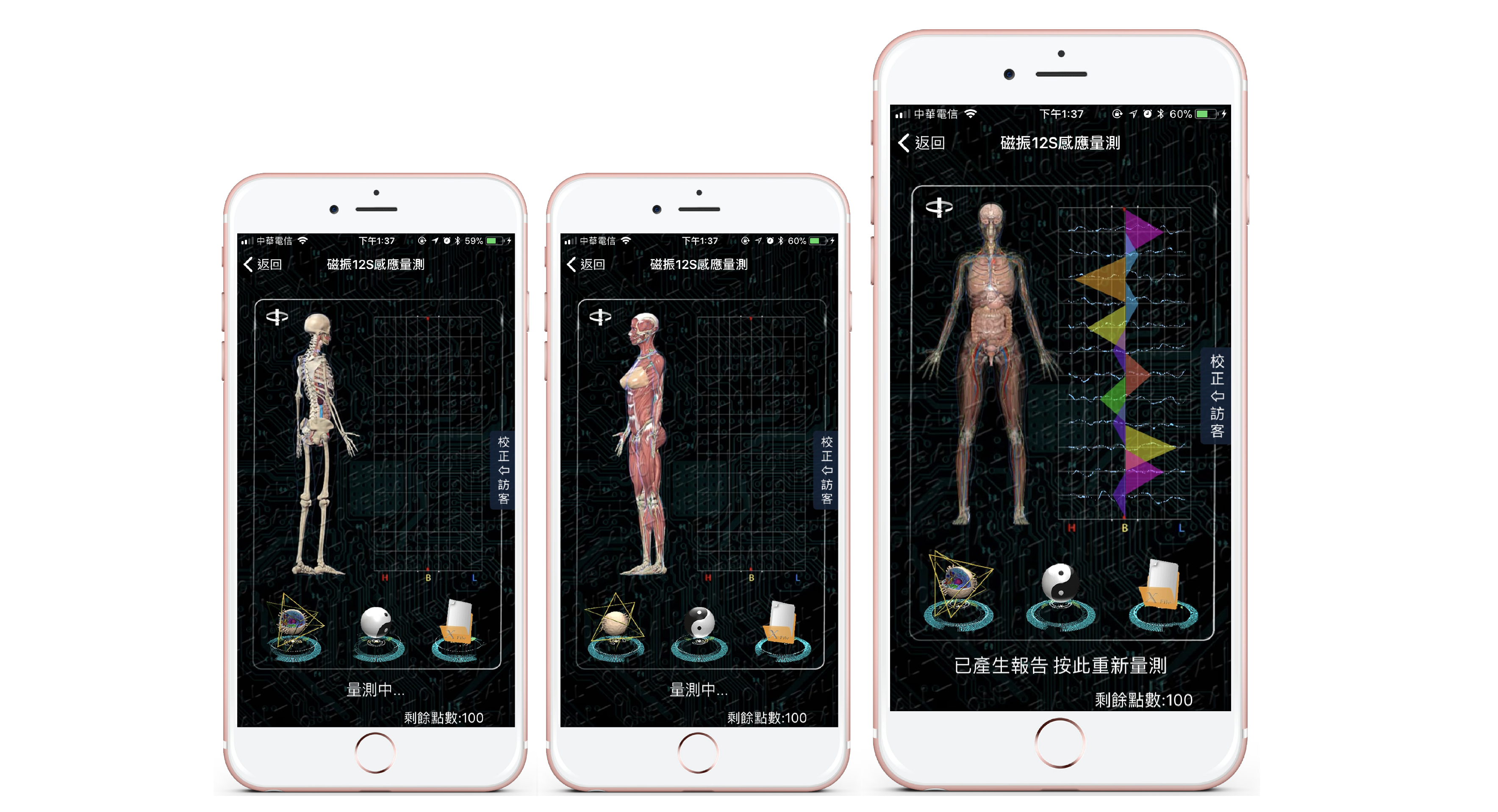 Reinhold Voll (1909-1989) in the 1950s discovered that human body has electric energy distributed between the inside and outside of each cell. Its oscillation frequency is very low, and the wavelength of electromagnetic waves is extremely long. This electromagnetic characteristic can be expressed on human skin. We can measure the Life Potential of a human body by giving a DC of about 10-12 micro-amperes and a voltage equivalent to 1.25 volts at a specific acupoint. When a cell is at the beginning of its degeneration, there must be a change in energy. This change is very weak, but it is very sensitive. When a clinical examination or experimental examination in modern medicine has not found an organ function with any abnormality, this change in electrical energy has begun to happen.Dr. Voll used two indicators to present the individual's physical condition. One is the peak of the reaction current, called the initial reading (IR); the other is the amount of the drop from the peak to the end of the measurement, which Voll called it Indicator Drop (ID).